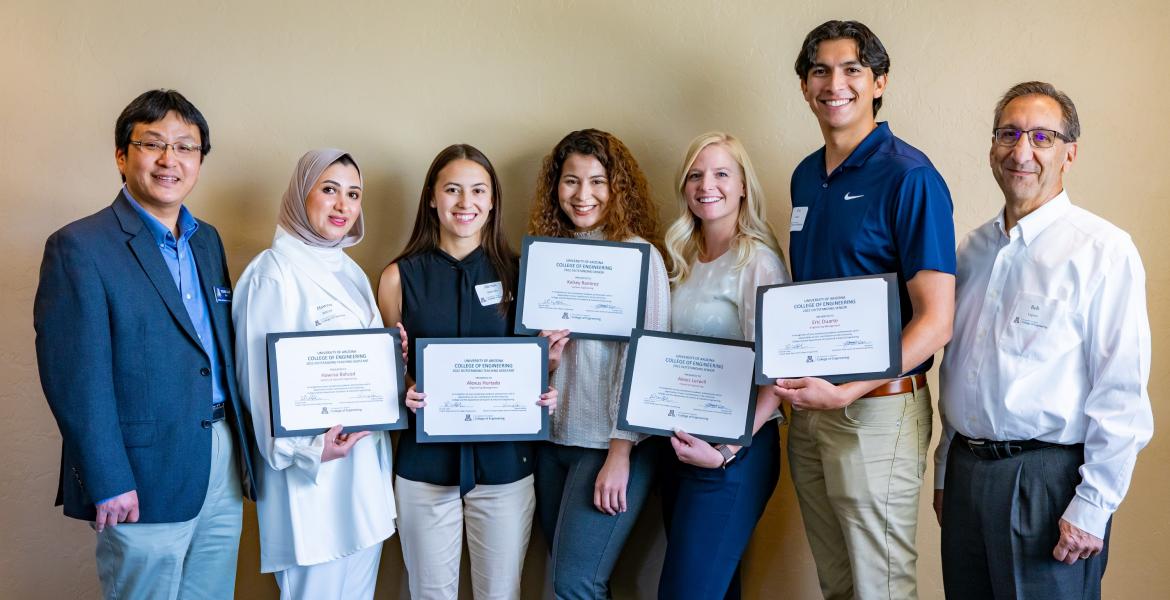 Award recipients in the Department of Systems and Industrial Engineering pose for a photo.

College faculty, staff and students gathered in April to honor the semester's outstanding graduates and graduate teaching assistants. The awardees are nominated by faculty members for going above and beyond in their studies and work.

View a photo gallery of the reception.