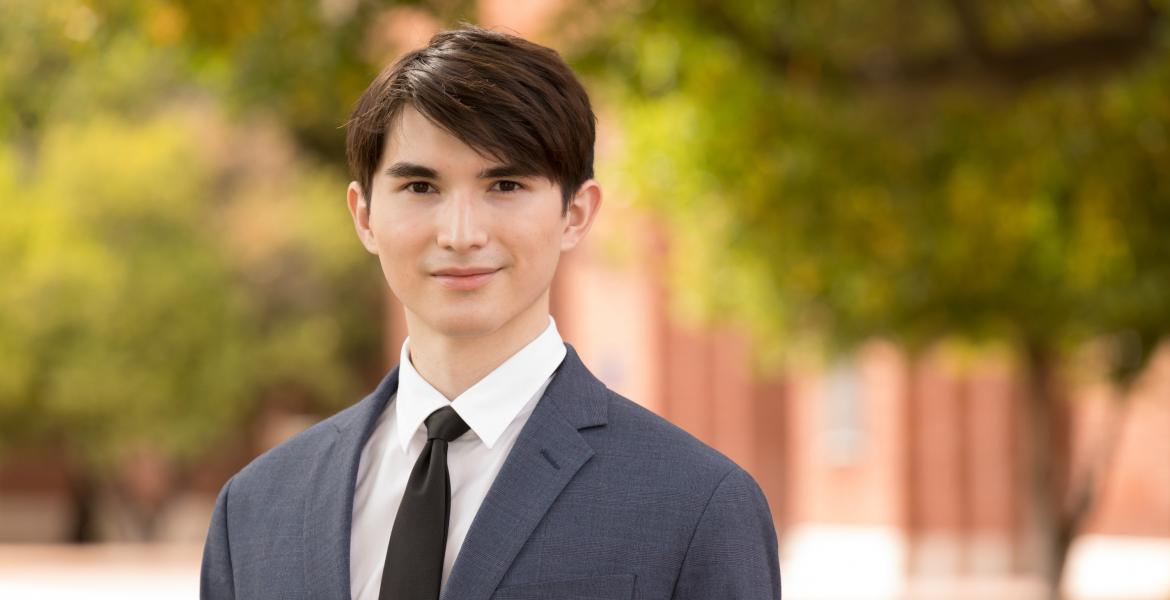 By
University Communications
Time to read
1 minute
Print
a- a+
Read so far
Engineering student Daniel Wieland is one of just seven undergraduates will be recognized with four university-wide awards for their service to the community, academic accomplishments and perseverance.

As a freshman, Wieland joined Jacob Schwartz's lab in the Department of Chemistry and Biochemistry, researching proteins responsible for diseases such as ALS and Ewing sarcoma, a pediatric bone cancer. He has two manuscripts in progress. For his work, he has received a Barry Goldwater Scholarship and a Galileo Circle Scholarship, as well as an Excellence in the Biological Sciences Award. Additionally, he conducted epidemiological research with Dr. Chien-Hsiang Weng of Brown University, with whom Wieland has two co-first author publications and is currently writing another. Under Dennis Discher, he conducted virtual bioinformatics cancer research at the University of Pennsylvania.

Wieland serves as president of the University of Arizona chapter of HOSA, formerly called the Health Occupations Students of America, and as an officer of the Arizona Global Health Project, which sets up biannual temporary free clinics in Puerto Peñasco, Mexico. He volunteered in the emergency room at Banner – University Medical Center Tucson, recruiting patients for clinical trials. For his senior design project, he worked on a way to visualize sequencing data to diagnose secondary infections in intubated COVID-19 patients. As a chemistry and biochemistry ambassador and mentor, he helped first-year students transition into college and assisted the department in its events. As an undergraduate biology research ambassador, he assisted others in applying for research opportunities on campus. He was awarded the Biochemistry Outstanding Student Award for his respective class each year.

Upon graduation, Wieland plans to enroll in a dual MD-PhD program with the goal of treating patients both at the bedside and through the lab.