By
Jill Goetz
Time to read
4 minutes
Print
a- a+
Read so far
UA engineering and biomedical researchers are building a virtual reality experience targeting concussion awareness to inspire NCAA football players and other student-athletes to report the real thing.

Sports-related concussions have sparked a national debate, multiple lawsuits and new concussion-management protocols in the NCAA and NFL in the last few years. Despite all the attention to concussion and its risks, many student-athletes either don’t recognize the signs of concussion -- or won’t report them if they do. 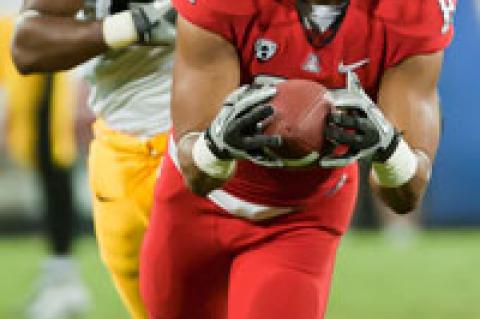 During the fourth quarter of a game at Stanford Stadium on Nov. 6, 2010, Wildcats football wide receiver David Roberts III was leaping for the ball when he was hit by a defensive back. His head was driven into the ground.

But give these players just 10 minutes with an app that puts users on a virtual athletic field and shows them the immediate and delayed side effects of concussion, and it just might change their behavior and attitudes toward head injury.

“The more student-athletes know about concussion and the risks of hiding symptoms, the more confident they’ll be in making the right choices,” said Ricardo Valerdi, associate professor of systems engineering at the University of Arizona College of Engineering. “And the right choice is simple: Don’t play through a suspected concussion.”

Valerdi, with Hirsch Handmaker, MD, and Jonathan Lifshitz at the UA College of Medicine-Phoenix, is building the app for the NCAA Mind Matters Challenge, part of a $30 million joint initiative with the U.S. Department of Defense to change attitudes and behaviors about concussions among student-athletes and soldiers. The app is designed as an educational tool for athletic training programs.

“The mindset we have to overcome in educating athletes about concussions begins early in their lives,” said Dr. Handmaker, research professor of radiology, whose CACTIS Foundation and Conquering Concussions organizations work to advance diagnosis, treatment and education on head trauma injuries. 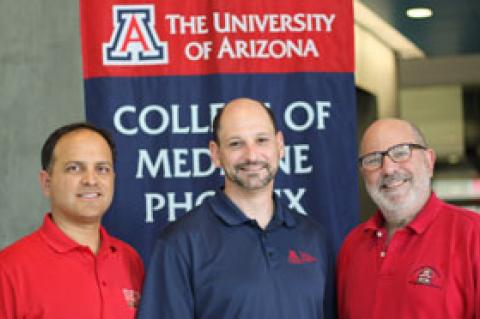 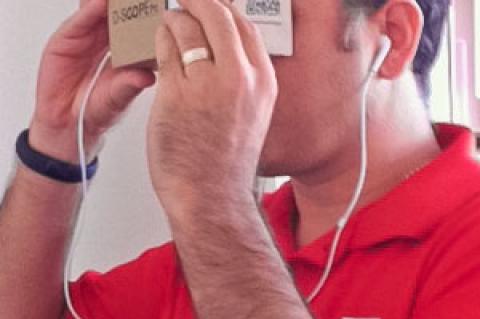 Athletes want to conquer fear and get back in the game to show how tough they are and protect their status on the team. “This mentality, unfortunately, results in underreporting of head blows, which can lead to serious short- and long-term consequences from a second concussion before the brain has been allowed to heal,” Handmaker said.

The investigators have made it to the second round of the contest, securing $100,000 to build a prototype and earning a chance to see the app released to athletes. They will present their prototype this winter to NCAA officials, and the winning approach to concussion education will be made available to some 400,000 NCAA student-athletes.

“You’re a soccer goalie. You see the field in your headset, hear the crowd on your headphones. You just got hit, but exhibit no side effects that are obvious to your coach or trainer. Then, an avatar coach enters your field of vision and says, ‘You have just experienced a concussion. This is what it feels like.’ Suddenly, your vision gets blurred; you experience double vision,” Valerdi announced, commentator-style.

“It’s the penalty kick; the game is on the line. The pressure is on,” continued the avid sports fan and founder of Science of Sport, which uses baseball, soccer and other sports to teach middle-school students STEM-related subjects.

It’s in game-changing moments like this that student-athletes often choose, or feel pressured, to play through a concussion. The app’s avatar coach may offer advice not just on identifying symptoms but also on reporting possible concussion symptoms and getting more information.

Concussion is a traumatic brain injury that occurs when a sudden blow -- usually, but not always, to the head -- disrupts brain function. While approximately 10 percent of concussions cause loss of consciousness, most produce less visible effects, including short-term memory loss and loss of concentration, headache, nausea, dizziness, blurred and double vision and ringing in the ears. The symptoms may subside quickly.

David Roberts III knows how insidious concussion can be (see related story below).

The Wildcats wide receiver took a hit by a defensive player in November 2010 that left him in a daze. Later that night he said he had a headache but otherwise felt fine.

As a precaution, UA trainers and team doctors benched him for the next game. He went on to finish the season and play another season with no further concussion symptoms.

Unlike Roberts, many players with concussion keep playing, even quite well sometimes, putting other players at risk because of delayed reaction time associated with concussion and putting themselves at risk of re-injury.

“Our message is this,” said Handmaker. “In addition to increasing their health risk, athletes are hurting their teams by playing while impaired.”

A second concussion on the heels of one that hasn’t healed can be devastating -- even deadly. Most experts recommend rest until athletes can return to cardiovascular activity with no worsening of symptoms.

“Hiding injuries is something that is just commonly done,” said Brie DeFelice, a Wildcats soccer player who earned a bachelor’s degree in physiology in 2015. “You hide it because, first of all, you want to play; and, second, you want to keep your position. When you are unable to participate in a practice or game, someone else has the opportunity to prove themselves and potentially take your spot.”

In her junior year, DeFelice was sidelined by a serious knee injury she could not hide. She has not suffered concussion, but now knows that while it may be less obvious, concussion can be just as debilitating.

Along with football, ice hockey and wrestling, women’s soccer has one of the highest rates of player-reported concussion in college sports, according to the NCAA.

“We as athletes fall into the thinking that the negative effects will never be as severe as we have heard they can be. And it takes something serious for you to stop playing. Just having a headache usually doesn’t cut it,” DeFelice said.

“This new app will be a great tool for athletes, young to old. It will help to ingrain in our minds that concussion can happen to anyone, and that the consequences and symptoms -- even just a headache -- must be taken seriously.”

Top picture: Brie DeFelice, wearing the No. 11 jersey, goes on the attack during a Wildcats soccer match against Nevada. (Photo: Arizona Athletics)